His Holiness Karmapa recently returned to Karma Triyana Dharmachakra, his North American seat established by the 16th Karmapa over three decades ago. On April 17th, HH Karmapa arrived at KTD Monastery in Woodstock, New York. The following day His Holiness gave a teaching on taking refuge, which he decribed as the essence of Dharma. Later that afternoon, HH Karmapa conferred the refuge vow in Sanskrit to over 1,500 participants in Kingston, New York. The following days His Holiness gave the Karma Pakshi empowerment and later taught on the foundational Buddhist principles. His Holiness also visited a local Christian Orthodox church and gave a teaching to the Woodstock community in honor of Earth Day.

Here is HH Karmapa teaching on the meaning of refuge in Kingston: 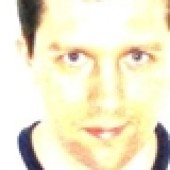 All stories by: admin
Joining heart and mind – HHK’s teaching in Manhattan
The Significance of the Karmapas, a talk by Mitra Karl Brunnhölzl